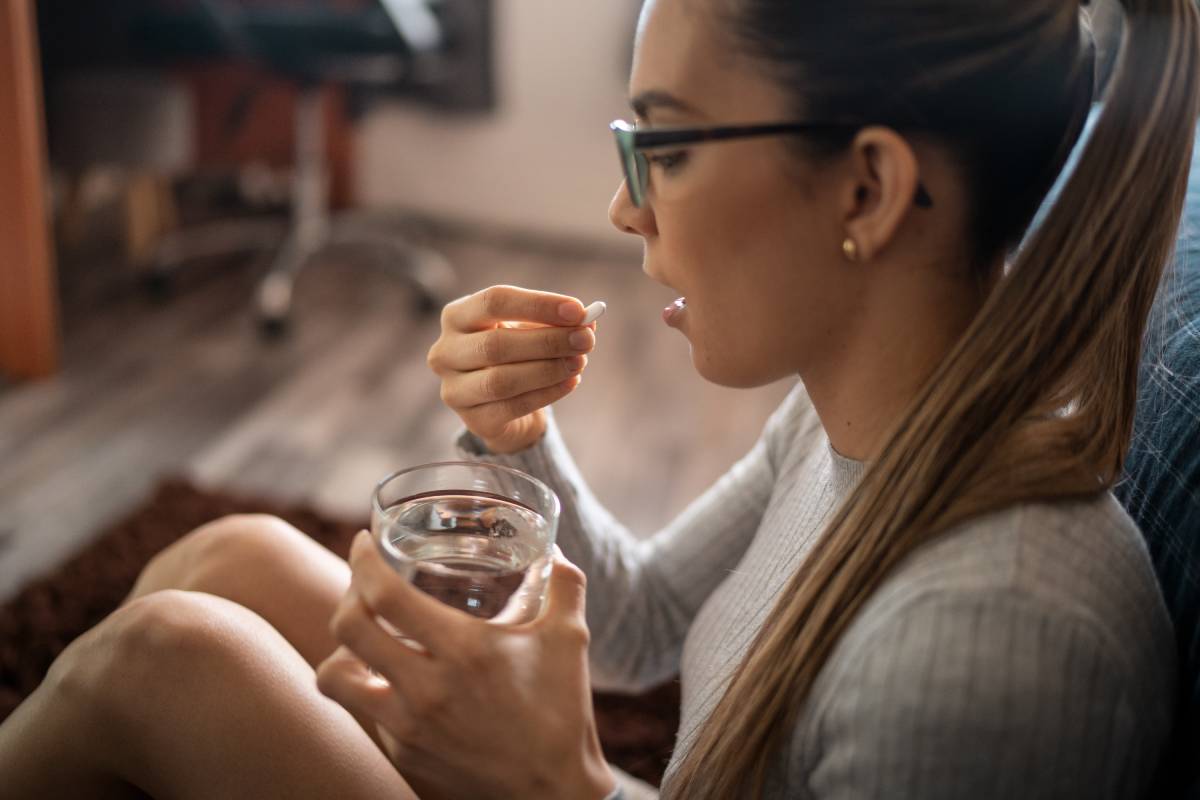 Many Americans have a healthcare regimen that includes regular intake of prescription medications. Over-the-counter (OTC) medications, in contrast, are widely available at pharmacies and do not require prescriptions. OTC medications include a variety of analgesics, or painkillers, such as ibuprofen. In fact, “acetaminophen, ibuprofen, and aspirin are among the most frequently utilized medications, used by approximately 17% to 23% of the population each week” (1). Elderly people are most likely to take OTC analgesics on a long-term basis. Though these medications are safe and effective when used according to recommendations, they are also among the most commonly ingested drugs in overdoses (1). It is important to understand their mechanism, as  over-the-counter analgesics can lead to serious adverse effects when taken in too-high doses or in combination with certain other medications.

Over-the-counter analgesics are commonly used to manage relatively mild pain, such as musculoskeletal aches, headaches, menstrual cramps, fever-related discomfort, and swelling-related pain. Among the drugs that are currently approved and commonly used, the main distinction is between NSAIDs and acetaminophen (1, 2).

Non-steroidal anti-inflammatory drugs (NSAIDs) are a large group of drugs with analgesic effects. Within this category, ibuprofen, naproxen sodium (brand name Aleve), and aspirin are available without a prescription. Prescription NSAIDs include oxaprozin and diclofenac. In general, this category produces analgesia by reducing the body’s inflammatory response (1, 2). Injury, such as a joint sprain, or infection, such as the flu, stimulates inflammation, which leads to heat, redness, swelling, and pain. Anti-inflammatory drugs aim to relieve these symptoms, including pain. Prostaglandins (PGs) are formed in response to tissue damage and are important to the inflammatory response; these compounds are produced by cyclooxygenase (COX), which is inhibited by NSAIDs (1, 2, 3).

This category of over-the-counter analgesics has physiological effects that may negatively interact with other kinds of medications. The use of multiple NSAIDs increases the risk of serious GI complications, such as gastric ulcers, because COX inhibition interferes with the production of gastroprotective mucosal PGs in a dose-dependent manner (1). Corticosteroids can decrease gastric mucus production and generally should not be taken concomitantly with NSAIDs. Another type of commonly used medication, selective serotonin reuptake inhibitors, block platelet uptake of serotonin and interfere with the role of serotonin in initiating the hemostatic response of platelets to vascular injury; this can negatively interact with drugs that increase the risk of GI bleeding and ulceration (1).

A further distinction can be made between non-selective NSAIDs, such as ibuprofen and naproxen, and selective NSAIDs. Nonselective NSAIDs inhibit both major isoforms of the cyclooxygenase enzyme, COX1 and COX2, meaning that they also interfere with the platelet aggregation and gastroprotective role of COX1 (1, 2). In contrast, selective NSAIDs are designed to target only COX2 (2).

While the literature on NSAIDs is robust, the exact mechanism of acetaminophen is not well defined (1, 3). Acetaminophen, also known as paracetamol and Tylenol, is a common OTC analgesic that can often be found in cold and flu remedies, as well as by itself. Its physiological effects are similar to those of COX inhibitors, but it is considered to be a weak inhibitor of PG synthesis and furthermore, relatively ineffective as an anti-inflammatory agent (3). One hypothesis on acetaminophen’s mechanism is that it inhibits certain slow, COX2-dependent pathways; research has found that it inhibits PG synthesis in vitro under specific conditions. Other data suggests that it activates descending serotonergic pathways to raise the peripheral pain threshold (1, 3).

Scientific knowledge of OTC NSAIDs demonstrates key considerations for their use. The other main type of over-the-counter analgesics, acetaminophen, requires further investigation; however, patients should be equally cautious about potential interactions and side effects.