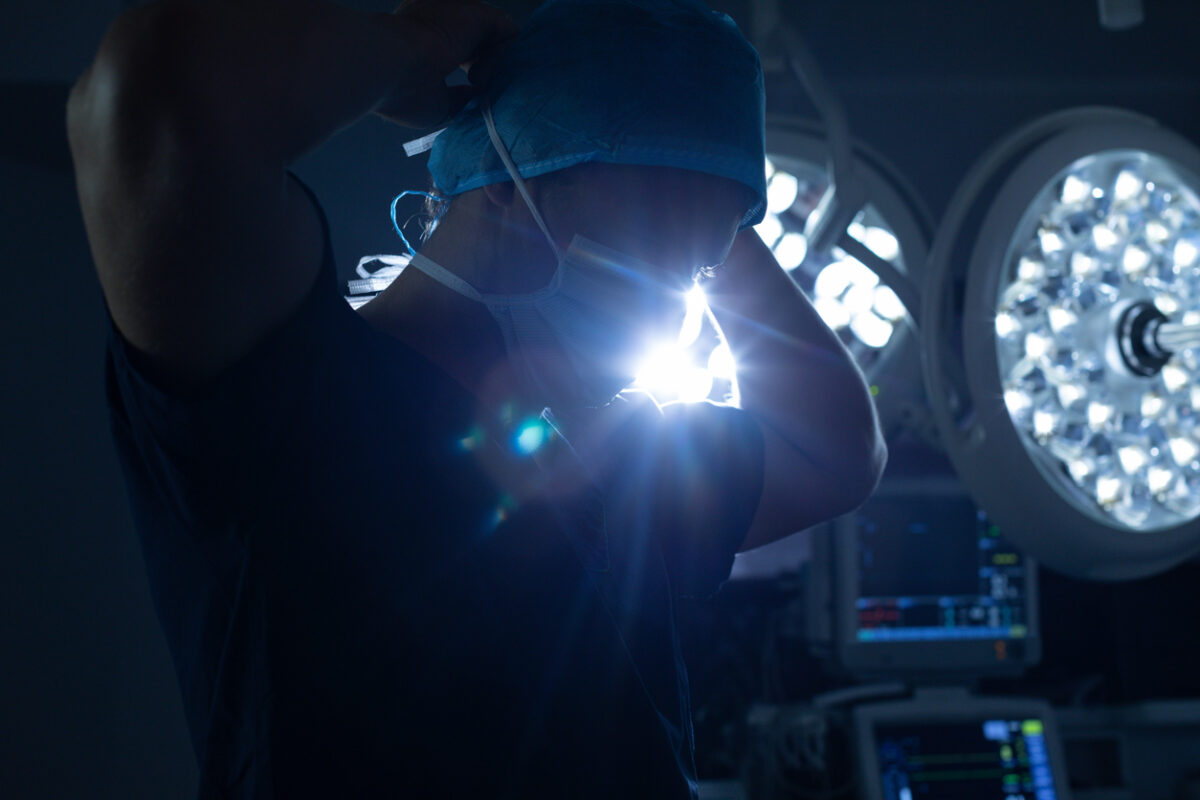 Diamorphine is an opioid drug also known as heroin.1 It is a controlled substance, and as heroin, it is illegal to manufacture, possess or sell in the United States or United Kingdom.1 However, under the name diamorphine, heroin is a legal prescription drug in the U.K.1 Diamorphine is a semi-synthetic drug that was first made from morphine at St. Mary’s Hospital, London in 1874.2 In British medicine, diamorphine is used as a maintenance treatment for opioid addiction and to treat a number of other medical conditions.3 Though anesthesia providers in the U.S. will not prescribe diamorphine, they should be knowledgeable about its mechanisms, uses and perioperative implications in case they treat patients with a history of diamorphine use.

The chemical formula for diamorphine, also known as diamorphine hydrochloride, is C21H23NO5.1 Diamorphine itself does not have direct activity at the μ-opioid receptor, which is the most common mechanism of other opioid drugs.4 Instead, diamorphine is truly a pro-drug, which is a biologically inactive compound that is transformed to a drug within the body.5 Diamorphine crosses the blood-brain barrier more quickly than morphine and is rapidly metabolized into active metabolites 6-monoacetylmorphine and morphine.5 Because diamorphine is metabolized so quickly, it has a short half-life of only two minutes.5 Meanwhile, its metabolite morphine has a half-life of three hours.5 The effects of diamorphine are mostly due to the agonism by morphine and 6-monoacetylmorphine of the μ-opioid and κ-opioid receptors.4 The overall effect of these metabolites is to inhibit neural activity, leading to a reduction of pain transmission.1 Diamorphine is more potent and lipid soluble than morphine, allowing it to be efficiently distributed throughout body tissues.4

Diamorphine has a variety of medical purposes. A survey study by Gossop et al. found that the four main conditions for which diamorphine was prescribed were myocardial infarction, palliative care, pulmonary edema and postoperative pain.3 Abuzaid et al. found that addition of diamorphine to intrathecal bupivacaine produced a prolonged and satisfactory analgesia in more than half of patients undergoing lower limb arterial or inguinal surgery.6 Additionally, the analgesic requirements during the first postoperative 24 hours were much less for patients provided with diamorphine than for patients provided with bupivacaine alone.6 Studies by Saravanan et al. and Kelly et al. found that intrathecal injection of diamorphine was effective in relieving pain from Caesarean section whether administered during7 or after8 the procedure. Diamorphine can also be prescribed to reduce cancer pain9 or to treat opioid use disorder.10 Depending on its purpose, diamorphine can be administered as a subcutaneous injection, as an intravenous injection, in tablets or in a nasal spray.9,11

As with other opioids, anesthesia providers must carefully consider the use of diamorphine. Diamorphine may have unpleasant side effects, including dizziness, drowsiness, blurred vision, nausea, vomiting, constipation, dry mouth and—for the nasal spray—nose irritation.11 Vomiting and the need for a postoperative antiemetic is especially common with higher doses.8 These side effects vary considerably among patients, often depending on the patient’s posture and mobility.2 Diamorphine is associated with a risk of overdose, which is characterized by respiratory depression, pulmonary edema, muscle flaccidity, coma or stupor, constricted pupils, clammy skin, bradycardia (slow heart rate) and hypotension.1 These effects can be treated with naloxone, though diamorphine-related fatalities are possible.1 Diamorphine is also difficult to study, as it has limited shelf-life and is not favored for medical use in most countries.2 According to Gossop et al.’s study, 43 percent of surveyed medical practitioners worried about possible respiratory depression or respiratory arrest, which was also the most frequently observed adverse effect from diamorphine.3 Though few doctors reported worries about addiction,3 diamorphine (i.e., heroin) is clearly highly addictive.12 The United States banned diamorphine’s medical use in 1924, and since then all but a few countries have followed suit.2 Given its side effects, dangerous overdose potential and addictive properties, anesthesia providers should think carefully about administering or prescribing diamorphine.

Diamorphine, also known as heroin, is a potent opioid pro-drug whose active metabolites, 6-monoacetylmorphine and morphine, have an analgesic effect. Diamorphine is used in the U.K. for cancer-related and postoperative pain, pulmonary edema and heart attacks, and it comes in injectable, oral or nasal forms. Diamorphine, like other opioids, is associated with side effects such as drowsiness and sedation, nausea, vomiting and constipation. Its more serious adverse effects include respiratory depression, bradycardia, hypotension and even coma or death. Because of diamorphine’s abuse potential, the World Health Organization’s policy does not recommend its medical use.2 Even though it is used in the U.K., future research and policy changes are still needed to establish national agreement about patient eligibility for diamorphine.10